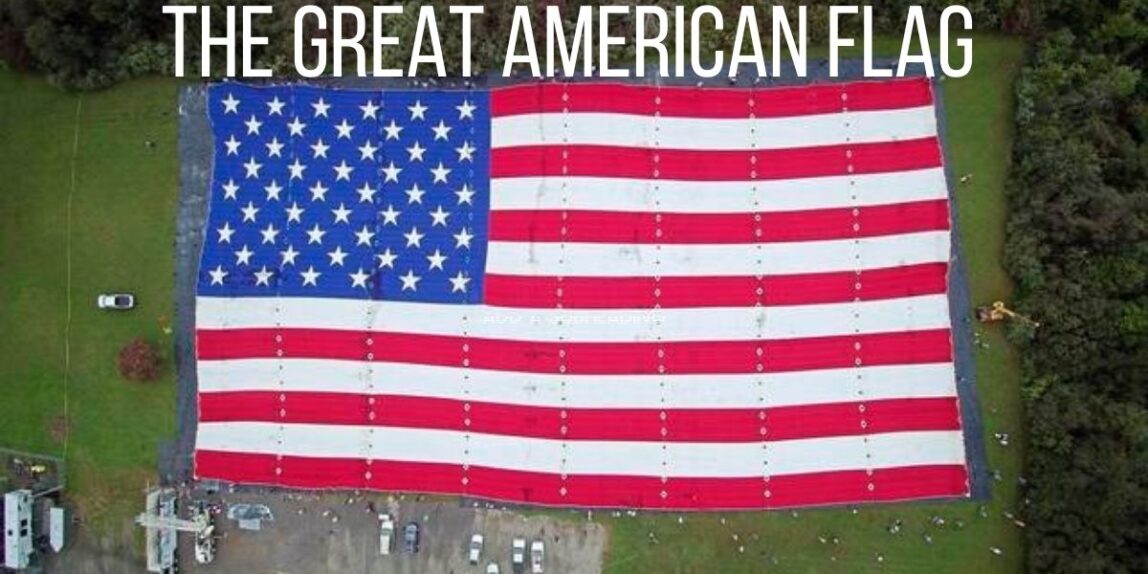 The hidden history of an American institution.

We are excited to share our conversation with Josh Dorfman, CFA, CFP and AJ Rehberg, co-founders of the Great American Flag Preservation Group.  Josh is a full service financial advisor and also coaches the club hockey team at the American University. AJ is president of business consulting and government affairs firm based in Washington, DC.

Their mission is the restoration and preservation of a colossal piece of American history.

John Mikhael (Founder | Pledge Project): So, give me a little background on the Great American Flag Preservation Group.

AJ Rehberg (Co-Founder Great American Flag Preservation Group): Actually, it is a pretty funny story.  Josh and I met playing beer league hockey. One night after a game, we are at the bar comparing absurd eBay impulse buys when Josh told us a story about what happened one 4th of July. Josh and his mom attended a BBQ and when they returned home, Josh’s dad informed them that he had just bought a 7-ton, 86,500 sq. ft. American Flag on eBay.  To this day, that is still the most interesting eBay impulse buy I have ever heard of and this conversation spurred us to create the nonprofit.

JM: Wait, he bought it on eBay?  Josh, you’re going to have to tell me more about that.

Josh (Co-Founder Great American Flag Preservation Group):: Yeah, so it was 4th of July, 2001 and eBay and the History Channel had teamed up to try and auction off the flag.  At that time, it was owned by the Kansas Cosmosphere & Space Museum who deemed it too big and cumbersome for the museum to maintain. So, my dad, Ted Dorfman, was home alone watching the History Channel when he saw a segment advertising the auction.  Like any patriotic American, he immediately got on eBay, placed a bid, and shortly thereafter he was the proud new owner of a very large piece of American history.

JM:  So that’s how Army Veterans do impulse buys!  I can only imagine Mom’s reaction.   Now, it’s called the Great American Flag, but is it also the world’s largest American Flag?

JM:  Agreed.  You’ve shared some of that history with me but give me a better sense of what makes this flag so special.

Josh: It’s kind of funny, when my dad purchased the flag, we really didn’t know much about it, except that it was big – and heavy- and required its own tractor trailer to transport it. After receiving the flag and displaying it shortly after 9/11, my parents started to fully understand and respect the history of the Great American Flag.

JM:   This is a major historical point.  The Great American Flag was unfurled on September 23, 2001 in Jennerstown, PA only 6 miles from the Flight 93 crash site.  Many of us were comforted by the sight of the Great Flag without knowing anything about it.  Wow.  Let’s dig deeper.

Josh: The story is one of vision, perseverance, collaboration, and unity.  It was the brainchild of Len Silverfine who, like you and your organization, really believed in the unifying power of the American flag.  America had just been through some very polarizing events such as the Vietnam War and the Watergate Scandal. Len wanted to construct a flag that Americans from all walks of life could rally behind with a renewed sense of unity and purpose.

Not one to think small, Len’s grand vision of constructing a monumental American flag expanded to a flag that would hang from the Verrazano-Narrows Bridge to celebrate America’s bicentennial.  In 1976, the first version of the Great American Flag was finished and shipped to New York City.  With all the proper approvals in place and the help of forty ironworkers, this 71,000 sq.  ft. flag was hoisted up the cables of the Verrazano-Narrows Bridge, where it immediately succumbed to the dynamic forces of nature and was ripped to shreds by the winds.

Demoralized but not deterred, Len took a hard look at what caused the flag to fail. He decided he needed to make an even bigger flag. A Flag that would become a permanent fixture on the Verrazano-Narrows Bridge.  The concept was to permanently store the flag in a weather-proof box affixed to the side of the bridge and install a complex rigging system on the bridge that would raise and lower the on holidays and for special events – like I said, Len was not the type of person to think small.  Most importantly, this flag would need to be constructed using the very best materials available. I use the term “constructed” because the design and assembly of the flag was much more like an engineering project that anything else.

JM: What a massive undertaking!

Josh: So that’s when Len established the Great American Flag Fund. He set out to garner support and raise the funds necessary to begin work on the Great American Flag.  Len secured sponsorships from major American corporations like Revlon and Pfizer. The truth is much of the donations came from ordinary Americans. Folks that were inspired by Len’s vision and sense of patriotism.  Len recalls receiving envelopes in the mail from children who had filled them with pennies, nickels and dimes.  The project also received strong support from unions across the country. In one instance, union members passed a hat collecting donations during a labor strike to help Len realize his vision.

Simultaneously, Len began to assemble a team of industry leading experts to consult on the construction of the new flag.  Eventually, the Textile Technical Committee was formed.  This team of textile and engineering specialists worked on a strictly voluntary and non-profit basis. They did not charge the Great American Flag Fund a single dime for their services.  This team was comprised of several experts in the fields of fabric and textiles, threading, weatherization, and fabric dyes.

Scientific testing was done to understand the types of forces the flag would need to withstand. Plus testing the effects of sun and moisture on the colors of the flag.  All of this information was analyzed by the Textile Technical Committee.  Every aspect of the flag was meticulously researched and tested.  From the type of thread to the type of stitching, to the formulation of the dye.…even the dying processes that would be used were tested.  Here’s an interesting side note. The fabric that was finally selected is the same type of fabric that is used for lawn mower bags.  After one year and countless planning sessions, the specifications for were finalized and it was time to assemble the flag. The committee selected Anchor Industries to assemble the flag at their facility in Evansville, Indiana.

JM: Wait, it only took them a year to figure all of this out?

AJ: I know, right?  I guess that’s what happens when people come together with a common purpose – they can achieve just about anything.

JM: Well, you weren’t kidding, this Flag has quite a history and some very interesting characters involved.

Josh: Oh, that is just the beginning, you haven’t heard the half of it.

JM:  How’s that for a cliffhanger?!  Stay tuned for more on the Great American Flag!